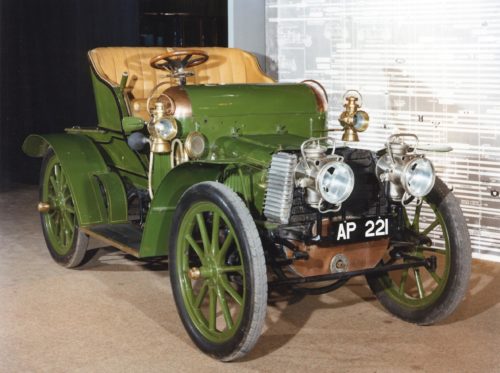 The Daimler trademark fluted radiator grille started life with a practical purpose rather than just as a styling element.

The first radiators on early cars were a total loss system of cooling water flowing through horizontal water pipes with cooling fins attached.  The driver would have to stop regularly and top up the water as it boiled away.

By 1902/03 the Daimler radiators had finned aluminium water tanks at either side to increase the volume of water.  In addition to the fins on the tubes, the fins on the tanks helped to dissipate engine heat in the same way that the fins do on air-cooled motorcycle engines. 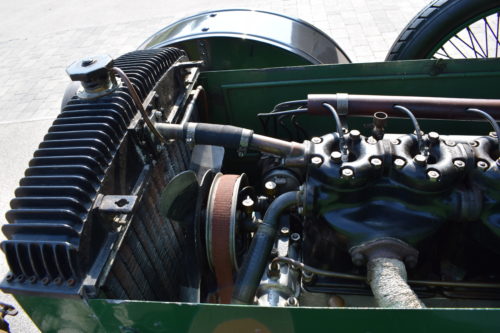 By 1904 the cooling system layout had changed to a much taller radiator, which was now higher than the top of the engine and with vertical water pipes improving thermo-syphon circulation and therefore cooling.  This taller radiator was fitted with a finned aluminium top tank to which the top hose and filler cap were connected, with optional temperature gauge.

This radiator layout continued in production for almost twenty years.

Progressively from 1919 to around 1923, as new cars were developed, the radiator design changed and the top tank became an integral part of the radiator, made out of pressed brass and brazed, rather than bolted, to the radiator core.  The fins were reduced in size to become the characteristic Daimler ribs / flutes. 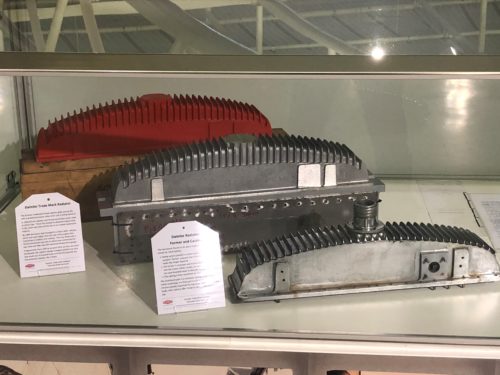 The aluminium finned tanks were made by a process known as ‘Sand Casting’ and we, the Jaguar Daimler Heritage Trust, have a number of artefacts in our collection which illustrate the stages in the process: 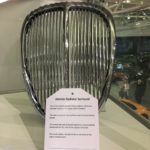 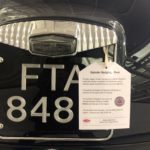 The actual radiator sits behind this at the front of the engine compartment.