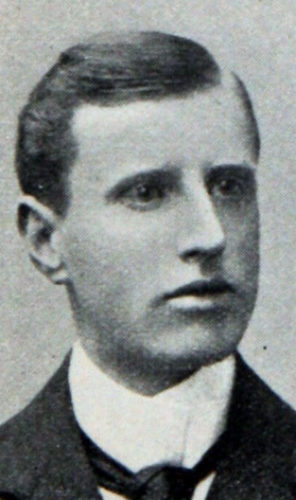 Ernest Martyn Critchley Instone spent almost his entire working life involved with Daimler, joining the newly formed Daimler Motor Company in 1896 at age 23, and then going on to form the first Daimler dealer with Undecimus Stratton and Joseph Mackle – Stratton-Instone.

Instone was born at Northfield, Worcestershire, on 10 September 1872, and was educated at King Edward’s Grammar School, Birmingham on a foundation scholarship.  He came from an engineering family, the son of Thomas Instone, who had started as an apprentice at the Old Park Works in Wednesbury.  In 1870 Thomas was appointed as engineer and assistant manager at the Selly Oak Works of the Elliott Metal Company, Birmingham, moving to Messrs. George Salter and Company, West Bromwich, in 1893 where he remained until he retired in 1911.  He already knew Frederick Simms of the Daimler Syndicate and took Simms’ place on the board for a few months in 1895 while Simms was trying to pursue a business opportunity in ticket machines.

Ernest (aged 23) joined the newly formed Daimler Motor Company, in August 1896, and within a few days was taught how to drive Simms’ 3½ hp Canstatt-Daimler – one of the first cars in England, by Simms’ mechanic – Johann van Toll.  On 14 November 1896, Instone accompanied Simms driving his Canstatt-Daimler on the inaugural London to Brighton Emancipation Run organised by Henry Lawson and his Motor Car Club.

On 10 August 1897, he assisted Simms at the official opening of the Automobile Club (which became the Royal Automobile Club) and later that year he gave a private demonstration of cars and cycles to the Prince of Wales (later Edward VII), in the grounds of Buckingham Palace.

In 1898 he participated in the first tour organised by the Automobile Club, and in this, as well as practically all the subsequent club events, took part with a Daimler car.  His involvement with the Club grew and in 1899 he resigned from the Daimler Company, and went to Paris, under the auspices of the Automobile Club, where he studied the industry for two years.

He returned to Daimler in 1901 working as a sales manager.  The company struggled in the early years and some years later Colonel Rose of the Road Carrying Co of Liverpool recalled that on a number of occasions, Instone had phoned him up pleading ‘to take delivery of a car , otherwise we won’t be able to pay the wages next week’.

In 1903 Instone and, Daimler Director, Edward Manville travelled to Belgium to look at some small cars being produced by Belgica, based on the edge of Brussels, with a view to import them to Britain, but nothing came of the visit.  Daimler obviously decided they didn’t need small cars.

While in Paris, Instone was the official representative in France of the Automobile Club of Great Britain & Ireland (ACGBI) and held a Certificat de Capacité as driver for all petrol cars.  He participated in the majority of club events organised by ACGBI, Automobile Club de France and the Midland Automobile Club (MAC) winning prizes at Welbeck, and Castlewellan.

Following a disagreement with ACGBI about the 1902 Gordon Bennett race in Ireland (road racing wasn’t allowed in England), Daimler declined to build a racing car for the 1903 race, but Instone,  Manville and, Daimler owner, John Montagu, each entered 22 hp Daimlers into the hill climb events supporting the race.  Instone and Montagu took 1st and 2nd places.

After rejoining Daimler in 1901, Instone continued with his involvement in club events both for ACGBI and the MAC.  In July 1903, the MAC took on the toughest challenge in the country, the 1,000 yard gradient of Sun Rising Hill, between Stratford-upon-Avon and Banbury.  This event was won by a 20 hp Napier driven by S.F. (Cecil) Edge.  Other contestants included the Hon. C.S. Rolls in a Panhard, Capt. Deasy driving a Rochet & Sneider and Fred Bennett in the first Cadillac to be seen in this country.

The 1904 entry for the Sun Rising hill-climb included three 28 hp Daimlers, this time driven by Instone, Manville and Percy Martin with S.F. Edge driving a 20 hp Napier.  Problems with a local landowner and the police, who put speed traps on the roads in the area, caused the club to look for suitable sites on private land.  The first such event was held at Middle Hill House, Broadway, won by Martin in a ‘works’ Daimler in 1905.

At around the same time, the MAC was offered the use of a steep and winding bridle path in the grounds of the Court House Farm, Shelsley Walsh in Worcestershire.  Club officials quickly recognised its potential.  After considerable clearing of trees and undergrowth, easing gradients and resurfacing, the track (almost exactly as it is known today) was ready for its first ever hill climb held on Saturday, 12 August 1905.  The Club and the landowner entertained a large crowd of spectators and competitors with considerable hospitality and much interesting motor sport.  Instone recorded the fastest climb of the day – 77.6 seconds – driving a 35 h.p. Daimler, averaging 26.15 mph over the 992 yard course.  Daimlers also took the next three places: Birtwistle – 78.2; Martin – 89.0 and Street – 89.4.  Instone continued to race there, taking 2nd place in 1906 and 3rd in 1908 by which time the course had been extended to its present 1,000 yards.

When the Brooklands race track opened in Surrey in 1907, Instone persuaded the Daimler company to rent a garage there for £40 per year to house its racing cars, and on 6 July 1907 he raced a 10.6 litre Daimler at the very first race meeting – winning a purse of 500 gold sovereigns.

The persisting financial troubles caused Daimler to be reorganised again in 1904.  The previous company was wound up and a new company was formed to acquire the old one and pay its debts and winding-up costs.  The Daimler Company (1904) was formed with capital of £200,000 and Instone as trustee.  Sir Edward Jenkinson became the new chairman, hired American electrical engineer Percy Martin as works manager and Undecimus Stratton as the head of Daimler’s London depot. 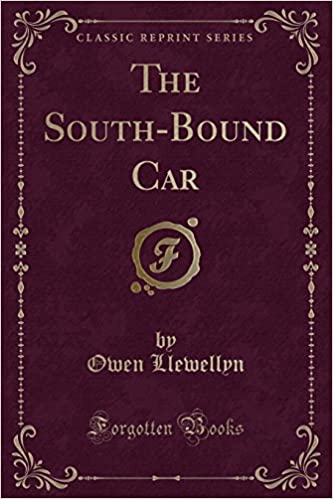 The South-Bound Car by Owen Llewellyn

Ever the salesman, Instone had a keen eye for generating publicity.  Following Goodwood, racing driver Percy Northey asked Instone if Daimler could lend him a car for a tour of Spain.  Instone agreed as long as Northey generated as much publicity for the company as possible.  The result of this was an article in Motoring Illustrated written by his passenger and motoring journalist ‘Owen John’ Llewellyn who then went on to publish one of the best early motoring travel books ever produced – ‘The South-Bound Car’.

Also in 1907, Instone put up a hundred road signs around Coventry bearing the name Daimler.

In the run up to the November 1908 Motor Show, he sent a letter to customers listing a vast array of Daimler models on offer for 1909: 22 hp; 38 hp; 48 hp and 57 hp, in a total of 15 different styles.  The main push behind this letter and the show was the introduction of Daimler’s new ‘valveless’ (sleeve-valve) engines.

In July 1909 he led a deputation to the Government to argue against the proposals in Liberal Chancellor – Lloyd George’s People’s Budget which increased car-tax eight-fold on the biggest engined cars and imposed duty of 3d (1.5p) per gallon on petrol.  He represented not just Daimler but 6 of the 8 Coventry motor manufacturers who were still struggling after a trade slump in 1908 during which they had made substantial losses.   Daimler’s loss was over £49,000 and the Company even resorted to dismantling some of their unsold cars as the spares were both needed by existing customers and profitable.

Despite Instone showing Lloyd George letters from customers cancelling their orders, the Chancellor was not swayed by the arguments saying the taxes would be spent on road repairs and the building of village bypasses.  The taxes were aimed at large engined cars and the budget was the death knell for the large 57 hp Daimler which was withdrawn in 1911, but fortunately Daimler was already working on a smaller car and their 2,614 cc 15 hp Daimler was launched in 1911.

In 1908 BSA had started manufacturing small cars with limited success and looked around for a more experienced manufacturer, and on 1 September 1910 it was confirmed that BSA and Daimler were discussing an amalgamation which was voted through by shareholders on 26 September.  The 1904 company was wound up and a new Daimler Company formed as a subsidiary of BSA.

Manville was appointed Chairman of the new company, Martin became MD and Instone continued as General Manager of Daimler.   Industrialist F Dudley Docker, who as deputy chairman of BSA had engineered the takeover, joined the board of Daimler.

In 1911 Instone was living at The Firs, Kenilworth Road, Coventry, with his wife Florence (having married in 1908) and their one year old son.  They were obviously doing fairly well as they employed four servants.

In November 1920, Daimler held a celebration dinner at the Piccadilly Hotel in London to celebrate Instone’s 21 years of service, where he was presented with a silver salver, engraved with the names of all the people he had worked with. 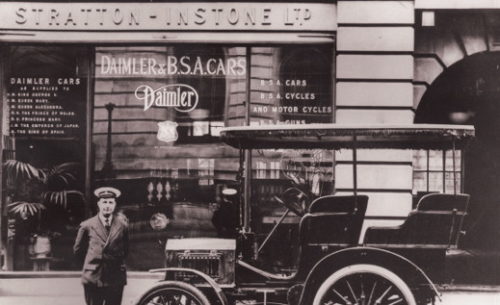 In 1921 Daimler decided it was time to change the way they sold cars and instead of selling direct to their customers they decided to setup a network of dealers.  Instone resigned from Daimler and along with Undecimus Stratton and Joseph Mackle went into partnership to form the Stratton-Instone dealership.

They took over the Daimler showrooms at 27 Pall Mall which serviced the London market.  This included the Royal Household which was very important to Daimler who retained an investment in the business.  Stratton-Instone went on to be responsible for Daimler sales in the whole England and Wales.

In 1931 Instone was elected President of the Society of Motor Manufacturers and Traders and spoke of his ‘pride and gratification in the way that the British motor industry had emerged from a year  of unprecedented and worldwide commercial depression.’

Shortly after completing his year as President of the SMMT, Instone, then chairman of Stratton-Instone, died at home at 50 Rodney Court, Maida Vale, London on 15 June 1932, aged 60.  He had an illness in February, and though he resumed his work he had not made a full recovery, and was taken ill again on 12 June, dying unexpectedly four days later.

Undecimus Stratton died on 12 July 1929 and Joseph Mackle, the only survivor of the three founders, took control of the company renaming the business Stratstone Limited. 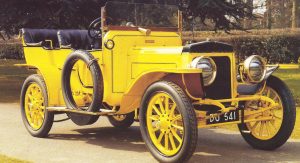 The Jaguar Daimler Heritage Trust has a 1907 Daimler 35 hp, painted yellow, registration number DU 541.  This was a Works prepared car, a sister car of the 1905 car that Ernest Instone used to win fastest time of day at the first Shelsley Walsh Hill-climb on 5 August 1905.  It was retained by the Daimler Company, being used for a number of years but then languished in storage.

In August 1955 it was suggested that DU 541 be taken to Shelsley Walsh for the hill-climb’s Golden Jubilee celebrations and driven up the hill by Ernest’s son, Rupert Instone.

It was in poor condition but it did manage the drive from Coventry to Shelsley Walsh and Rupert Instone successfully climbed the hill.  After this it was tidied up and went initially to the motor museum at Beaulieu and then on to the Coventry Art Gallery and Museum (the precursor to today’s Coventry Transport Museum) in 1967.  It was rebuilt during the 1970s under the supervision of Mike Bullivant and had another outing to Shelsley Walsh in 1979 where it was driven up the hill by the famous Bill Boddy, editor of MotorSport magazine from 1936 to 1991.

The car was eventually acquired by the Jaguar Daimler Heritage Trust in 1997, since when it has been kept in good running order and tackled Shelsley Walsh again in 2018.