Jaguar Daimler Heritage Trust (JDHT) has a collection of approximately 170 vehicles. As well as attending numerous events throughout the year, in order to share our vehicles with the public, we have two main permanent display locations in Gaydon and Coventry.

Since November 2015, JDHT have considered the Collections Centre at Gaydon to be our home. Not only do our offices and workshop reside there but it also houses over 70 vehicles in our collection. 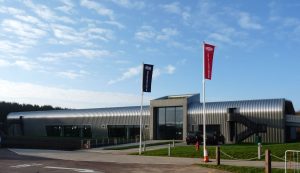 The portraits of Sir William Lyons and Lady Lyons welcome you to our collection which ranges from a 1907 Daimler TP35 through to a 2019 XJ 3.0 litre V6 Diesel SWB Portfolio Saloon – the last Right Hand Drive XJ (X351) off the line at Castle Bromwich.  This is historically significant as the next generation of XJ saloon with be electric vehicles.  In between these bookends is a fascinating array of vehicles that includes many unique concept cars as well as examples of most key Jaguar production models from the last 80 years. Many of these vehicles had not been on public display before. Where possible, we try to group the cars into the following categories; 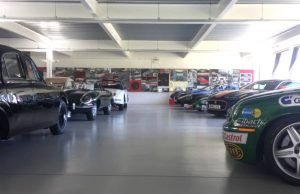 At the end of 2017, our collection of vehicles within the Collections Centre was greatly enhanced by wall displays that were introduced to help us tell the Jaguar Story and to display some of our artefacts. You are able to discover facts and figures as well as getting up close to artefacts such as the original damaged bonnet of JDHT’s C-Type NDU 289 and the original SS Factory doors from Foleshill, Coventry. The walls depict the following themes; 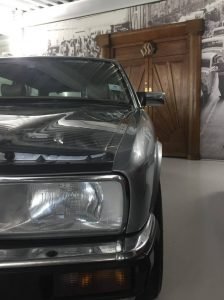 You can browse the collection at your leisure with volunteers on hand to answer any questions you may have.

Within the British Motor Museum itself, approximately a further 9 vehicles from JDHT’s collection can be seen in a special Jaguar Zone. The display showcases some of Jaguar’s finest sports and racing cars and the core vehicles regularly on display* range from the famous 1950s Alpine Rally ‘Coupe d’Or’ winning Jaguar XK120 ‘NUB 120’ through to the 1988 Le Mans winning Jaguar XJR-9. 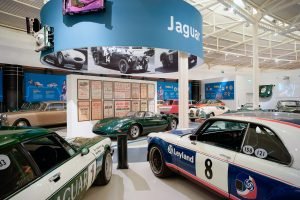 Other models include a 1953 Jaguar C-type, the D-type prototype from 1954 and the unique XJ13 – the only one of its kind in existence.

The majority of these vehicles are very original and are maintained in full working order. 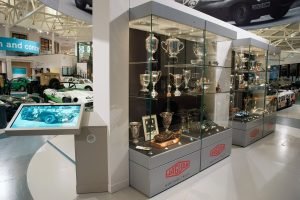 The vehicle display is supplemented by five trophy cabinets containing a selection of cups, medals and other awards gained by Jaguar over its many years in competition.

These include trophies from Jaguar’s successful campaigns in the Alpine and Monte Carlo rallies as well as in the Production Touring Cars series and the famous Le Mans 24 hour race. 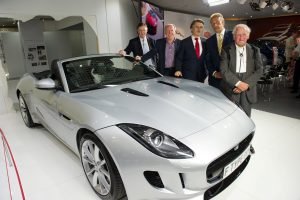 At the opening ceremony, he also presented the first production example of Jaguar’s new F-TYPE sports car to JDHT. 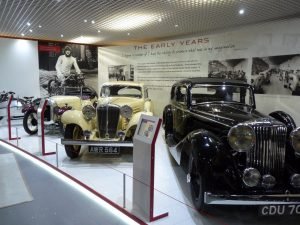 The JDHT Gallery at Coventry Transport Museum is titled ‘The Jaguar Story – A History of Design and Technical Innovation’ and is split into five sections:

To take a virtual tour of the new gallery, click here (opens in new window).  The Jaguar Gallery was chosen by Google to pilot its recent extension of ‘street view’ to cover interior views as well. 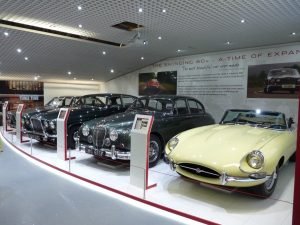 In addition to the stunning collection of 17 cars covering ten decades of Jaguar and the role of the company in Coventry history, the gallery also references the many technological and design innovations behind these great vehicles.

The vehicles on display range from a 1928 Blackpool built Swallow Sidecar up to the 2013 F-TYPE first production car. 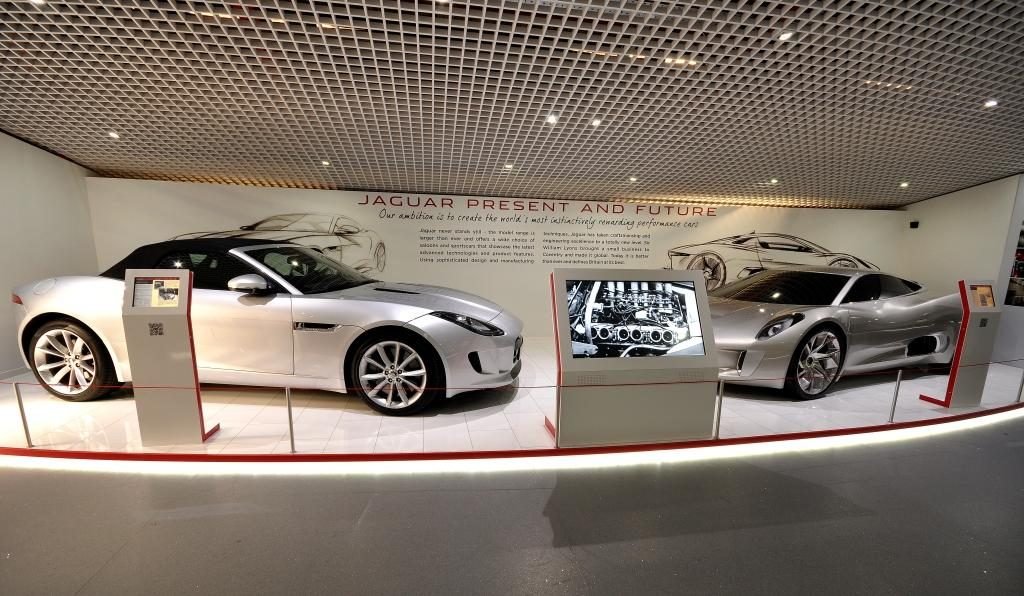 *Please Note: As JDHT’s vehicles are very much a living collection, they are frequently out and about at classic car events in the UK and abroad, particularly during the summer season.  Consequently, the display of cars at the BMM and the Collections Centre changes quite frequently but wherever possible the gaps are filled with similar vehicles.

To find out if a particular car is going to be on display at any given time, please contact JDHT at enquiries@jaguarheritage.com