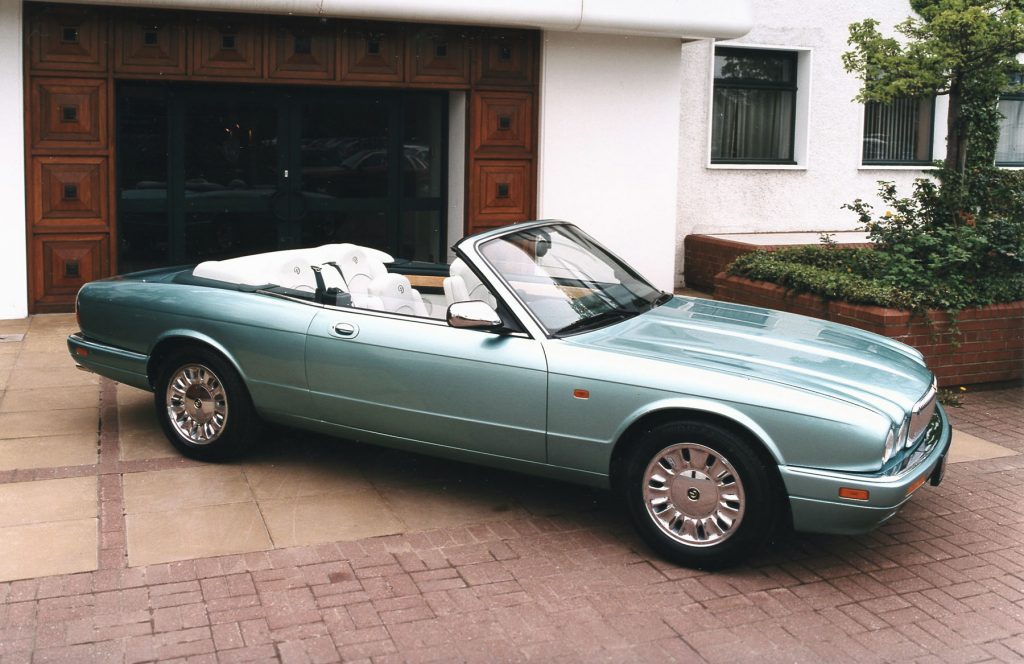 This Daimler Corsica is a one-off concept car named after a 1931 Daimler drophead coupe.  The name of the original car was actually the name of its coachbuilder.  Corsica was a small London company which between the wars offered exotic body styles on many high-grade chassis, built individually to orders from wealthy and discriminating clients.

The idea of building a modern equivalent of the Daimler Corsica came from the late David Boole, Jaguar’s Director of Communications and Public Affairs, who wanted to commemorate the Centenary of the Daimler motor car in 1996.  Built by the Special Vehicle Operations (SVO) team, as a part time project over a period of eighteen months, the car is based on the Jaguar/Daimler X300 saloon car platform, but with a reduced wheelbase.  It features an automatic folding hood, unique interior trim, and is finished in the ‘Insignia’ colour of Peppermint Green.

Nick Scheele, Jaguar’s Chairman and Managing Director, said at the time ‘We wanted to make this a milestone in the history of the Daimler marque, with something which truly evoked the spirit of the elegance, exclusivity and luxury which deservedly gave Daimler its outstanding reputation.’  It has aroused great interest amongst enthusiasts, although the car was never intended to be put into production.  It was turned over to the JDHT for preservation, as a modern example of the traditional craftsmanship that is still the hallmark of the Jaguar and Daimler marques.

It was originally intended that this would be a fully running car, but due to time constraints this never happened.  In 2006/7 in association with the Jaguar Enthusiasts’ Club (JEC) and David Marks Garages this project was completed with the rebuild documented in the monthly JEC magazine.  Work completed included: